It has been shown that women, especially sporty women, suffer from vitamin and mineral deficiencies. These deficiencies can be the result of loss from metabolic processes, menstruation, and even simply from loss of sweat. The loss of vitamins can affect our performance, but it can also prevent proper muscle regeneration. Incorporating adequate sources of vitamins C, E, and D into your diet – through proper diet and supplements – can help maximize recovery and performance.

This important vitamin acts as an antioxidant in the body, helping to reduce muscle damage that can result from oxidative stress caused by intense exercise. In one study, a daily intake of 500 to 1,000 mg of vitamin C was shown to reduce protein carbonyls – a marker of protein oxidation or muscle damage. This suggests that vitamin C supplementation may reduce the breakdown of protein caused by exercise.

Another study showed that vitamin C supplementation may even help reduce cortisol – a catabolic hormone – as well as anti-inflammatory compounds in runners after running. Those who were supplemented with 1,500 mg of vitamin C had significantly lower cortisol levels than those in the placebo group and those who received only 500 mg. It is believed that vitamin C may weaken the adaptive mobilization of ascorbic acid from the adrenal glands during the oxidative stress caused by exercise, and therefore may stimulate protein response and lower cortisol levels. Essentially, vitamin C can act as an anti-catabolic agent by protecting against the release of cortisol and reducing the muscle damage caused by lifting.

Supplement with 1,000 to 1,500 mg of vitamin C daily for best results, daily or before training. Also include foods rich in vitamin C like citrus fruits, bell peppers, or cruciferous vegetables like kale, broccoli, and Brussels sprouts in your diet. Only one orange can provide 100 percent of your daily value – 82 mg. 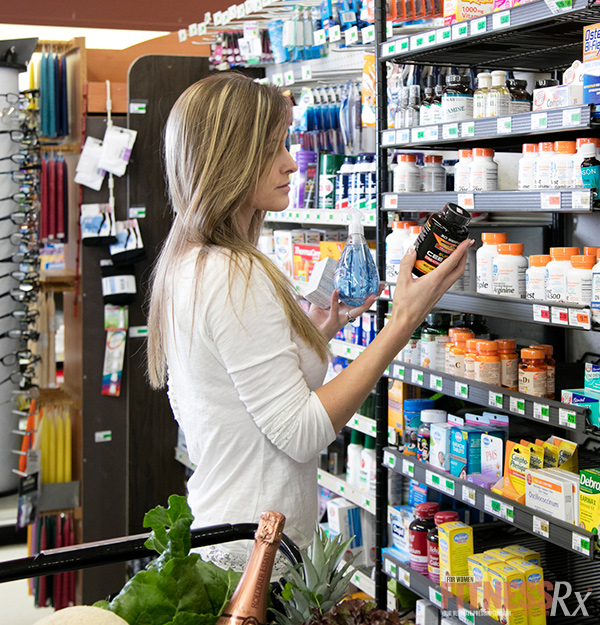 One of the largest sources of vitamin E storage is in the mitochondria – or in the powerhouse of muscle cells. It is in the mitochondria that ATP is produced, the main source of energy that drives muscle function. A lack of vitamin E can lead to increased free radical damage and lead to premature exhaustion or endurance during exercise. Supplementing with vitamin E can prevent oxidative damage and even reduce muscle damage.

In a recent study, supplementing with 800 IU vitamin E was shown to significantly reduce specific markers of oxidative damage in muscle cells, but did not reduce the natural inflammatory response that helps muscle healing after exercise.

Vitamin E is especially rich in foods like almonds – 7.3 mg per 1 ounce serving, and even sweet potato – 4.2 mg per scoop. In addition to making sure these foods are part of your diet, you can also add alpha tocopherol – natural vitamin E. The recommended food intake for vitamin E is 15 mg or about 20 IU, but the upper tolerable limit is 1,000 IU or about 670 mg. Most studies showing vitamin E’s effectiveness against oxidative damage are between 400 and 800 IU, or around 250 to 500 mg.

Vitamin D is often deficient in sporty women, which leads to muscle weakness and suboptimal muscle function. It has been suggested that muscle has receptors for growth factors, including IGF, that are tightly regulated by vitamin D. The binding of IGF leads to muscle growth and recovery by stimulating the protein synthesis pathways.

A recent study showed that vitamin D deficient athletes who were supplemented with 2,200 IU per day increased their vitamin D status to adequate levels within three months. Clinical studies have also shown that supplementing with vitamin D is positively linked to muscle mass gains and improvements in performance indicators including strength and strength.

Vitamin D is also a critical factor in bone health. Vitamin D is found in whole eggs and fatty fish like salmon, but it can also be produced naturally by the body when you expose your skin to sunlight. It can also be added to many foods, including milk, as it works in tandem with calcium. The recommended daily allowance for vitamin D is 600 IU, but the upper limit for intake is estimated at 10,000 IU.

Intermittent fasting no higher for weight reduction than consuming all through the day, research finds

Shedding Weight Helped Heal Not Simply My Physique, However My Thoughts and Spirit,…

I Thought Weight-Loss Surgical procedure Would Finish My Battle With Weight problems.…

Find out how to go swimming in your interval, suggestions and tips for an ideal…

Understanding Males: The Hidden Causes We Really feel What…